After dropping a lot of hints and announcing new album on March, our queen of alt-pop, Grimes is back with new single ‘Violence’ from her upcoming album Miss_Anthropocene. She describes recently in her instagram post, that her album is “a concept album about the anthropomorphic goddess of climate change. Each song will be a different embodiment of human extinction as depicted through a Pop star Demonology.” Well only time will tell, the album is due out later this year while ‘Violence’ music video was out a few days ago, Grimes serves us total futuristic sword girl vibes that we have been waiting for. In collaboration with electronic producer i_o, Violence successfully brings us back to Art Angels era, where the synth swooning over Grimes’ ethereal whispery voice. 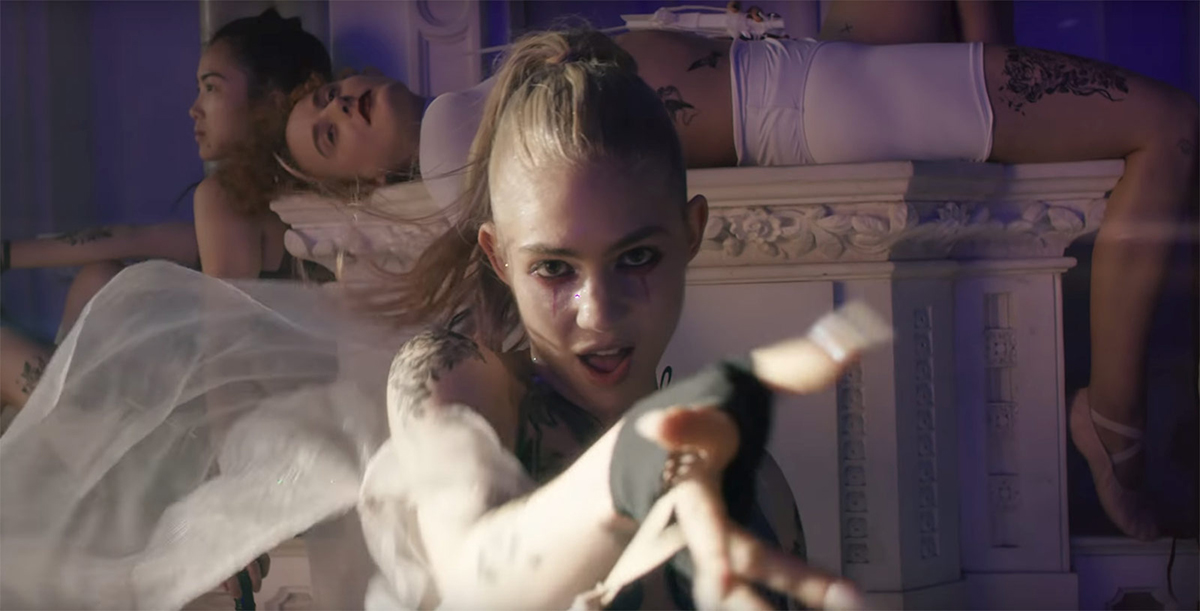 The music video which was directed by herself and styled by her stylist collaborator Turner, finds Grimes in the middle of renaissance setting, surrounded by group of sword girls turns dancer. One thing that makes it difference was the choreography, Grimes was a former ballet dancer and she was fluently dancing to the choreography with her sword girls wearing red mask and all black outfit, looks like she was straight out of Final Fantasy. In another scene, Grimes was capture reading the Sun Tzu’s The Art of War, ancient Chinese military strategist, wearing otherworldly dress of none other than Iris Van Herpen, instantly turned her into a goddess of war. The entire scene looks almost like a renaissance painting, while a nude woman lying under her and illuminated purple lighting, it looks undoubtedly beautiful.
Watch the video below: