Have a Laugh Watching the Hilarious Trailer for Jojo Rabbit

Have a laugh watching the hilarious trailer for Jojo Rabbit. Taika Waititi’s satirical film features himself as a young boy’s version of the infamous Nazi leader, and it’s everything and then some.

Jojo Rabbit, dubbed Taika Waititi’s – director of Thor: Ragnarok, Boy, and Hunt for the Wilderpeople — dark “anti-hate” satire “Hitler comedy”, follows a young boy named Jojo (Roman Griffin Davis) growing up in Nazi Germany amidst the Second World War whose imaginary friend is a fantasised hyperbolical, comical and sugary version of Adolf Hitler who comes to lonely Jojo’s aid after facing bullies. Based on a novel entitled Caging Skies by New Zealand author Christine Leunens, young Jojo is compelled to challenge his nationalistic worldview upon discovering the fact that his mother (Scarlett Johansson) had been hiding a Jewish teenage girl in their home. 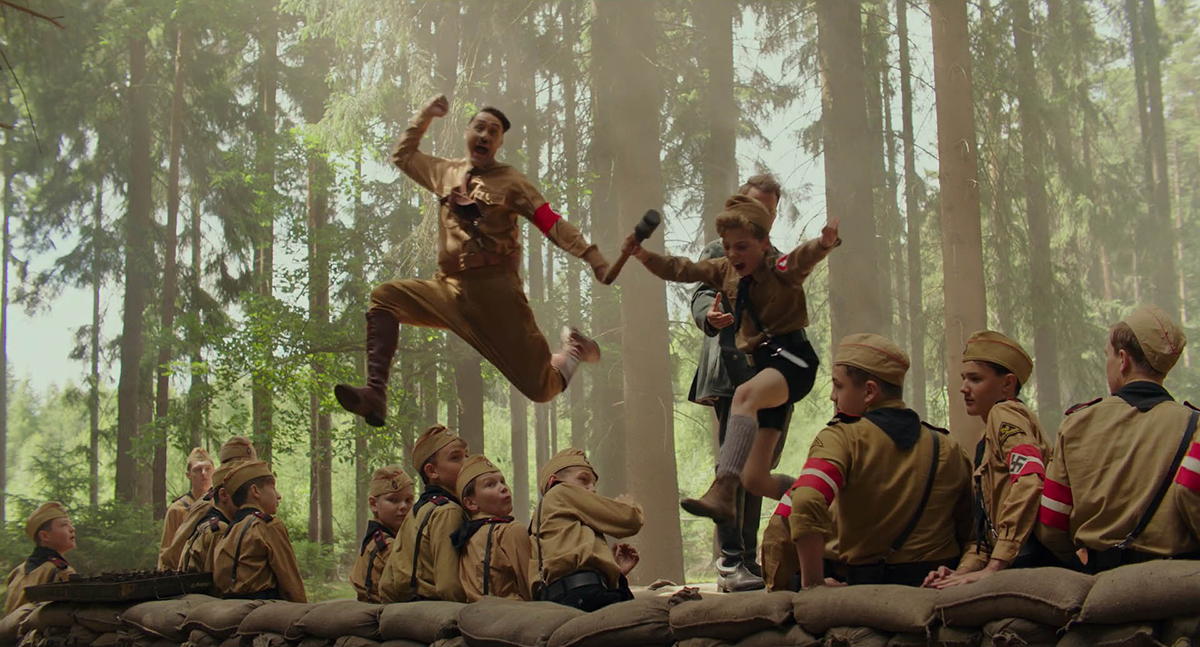 Joining the cast is Rebel Wilson as Fräulein Rahm, Sam Rockwell as Captain Klenzendorf, and Alfie Allen as Finkel. As one of Fox Searchlight’s biggest independent releases, and a major one under new parent company Disney, the film is world premiering at the Toronto International Film Festival. IndieWire describes the film as one of Fox Searchlight’s three “Oscar hopefuls”, the other two being Noah Hawley’s Lucy in the Sky and Terrence Malick’s A Hidden Life.

In response to some concerned Disney executives regarding the film’s subject matter being too “edgy”, one allegedly growing “audibly uncomfortable, worrying aloud that the material would alienate Disney fans”, Fox Searchlight has publicly billed the film’s main idea to encourage “anti-hate”, and Waititi — who plays the fantasy Hitler — replied by explaining his role should not be perceived as an accurate portrayal of the Nazi leader, but as a “takedown”.

The trailer for Jojo Rabbit is now released, set to brilliant German cover versions of “I’m a Believer” and David Bowie’s “Heroes”, and is out in theatres on October 18.