Art forms come in various shapes, structures combined with techniques, strokes and themes. While many of which can move people, South Korean artist, Kim Hyunji tugs our heartstrings with hers. As a millennial, the Melbourne-based artist prides in discussing another side of millennial culture and contemporary issues through her realist portraits and impressionistic brushstrokes.

The South Korean artists was known to explore issues and roles of social media, which are tied to self-representation and virtual personas. Some underlying themes to her work are closely related to the youth, which are anxiety, self-reflection, fleeting euphoria and ecstasy influenced by drugs and narcotics.

“My main focus are issues dealt with the millennial generation, which I belong to. For me, I think it’s important to expose the reality and the relevant issues our generation face in my work. We need better and more constructive communication between different generations and different communities, and I hope that my work can contribute to that.”

Kim Hyunji’s latest thought-provoking series of work discusses another theme of contemporary issue: gender and social discrimination. The exhibition that took place in Melbourne, Australia dissects the issues faced by Kim personally while living in Australia. 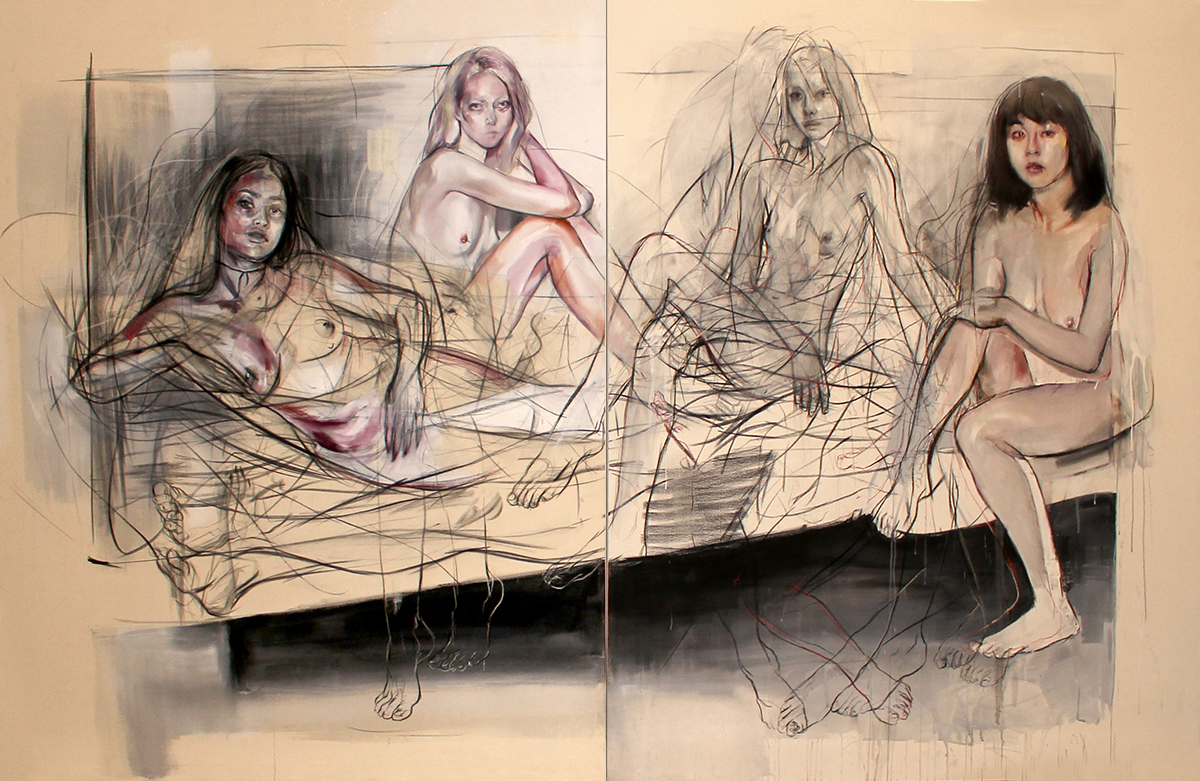 “As an artist who is both a woman and a person of color, this exhibition was inspired by my own experiences of gender discrimination and unprofessionalism while working with the Australian art scene.” The artwork depicts nude self-portraits and portraits of her female peer artists.

“I wanted to bring up gender discrimination and sometimes, our perception of female nudity that is affected by male gaze. Here, I also wanted to promote diversity – in ethnicity and shape – subverting ideas that only the white female body can serve as the representation of women that remain dominant in the media.”

The subject whom were female artists portrayed in her work, created their own poses as a reflection of their own bodily image. “The artworks created for this series were produced in collaboration with the femme-identifying artists. I asked them to curate their own pose – one which reflected their own experiences navigating themselves with a feminine appearance in contemporary society.” 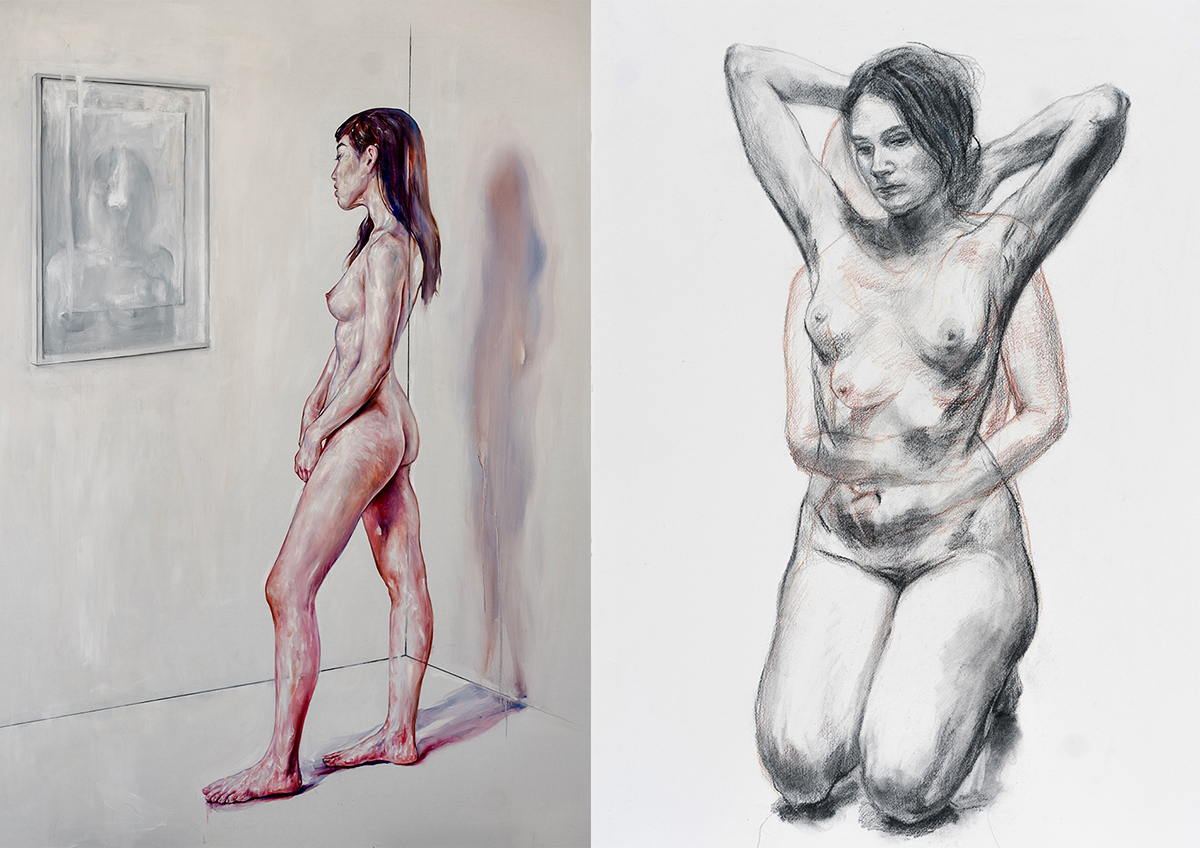 Kim’s bodies of work have always remained a series. To her, the normal everyday life has always inspired her portraits. “Generally, the concept of a series is inspired by my everyday life at that moment in time, whether it is an issue I face or intriguing images I found. And through each work, I try to refine the idea and do some research related to the matter. I’ll try to sketch and collect photo images for reference. The process has always been spontaneous and the amount of time spent always varies.” Like many great artists, a great mentor and sources of inspiration are integral. To Kim, she is blessed to find her mother, who is an artist herself. “[My mom] always gives me advice whenever I get stuck in the process. I was influenced by my mom and my grandmother, who are also excellent artists.”

Kim was also inspired by painters like Jenny Saville, who puts feminist issues into her artistic narrative, inspiring Kim to her own. “I admire [Jenny Saville’s] work because of the originality and authenticity in her techniques and subject.” Japanese artist Yayoi Kusama also makes it to Kim’s list of inspirations. Yayoi’s harsh and onerous in the United States as a foreigner remains an inspiration to Kim. “And she still makes work to this day, at the age of 90.”

Kim Hyunji will remain one on our watch list. Her artforms which are amalgam of brushstrokes and photo-realist images serve as an example to paintings’ limitless forms. With thought-provoking and genuine storytelling coupled with the intricate aesthetics of self-abstraction, Kim Hyunji’s series have and will always imbue the true sentiments of the millennials.