Take a look at Michael Craig-Martin’s latest and illusionary exhibition. Featuring six new sculptures, the exhibition is the artist’s first one indoors, and it’s a spatial wonder.

Irish-born contemporary conceptual artist and painter Michael Craig-Martin has opened his first exhibition where his sculptures are presented as a group in London, and the first one he’s ever had indoors. Held in British gallery Gagosian, the exhibition features six new monumental sculptures Craig-Martin has been exploring since 2011, which are described as powder-coated steel forms that describe “everyday objects and appear like line drawings in the air”. Some of the works from this exhibition were previously displayed in the gardens of Chatsworth House in Derbyshire, England, in 2014. The new works are depicted as both timeless and distinguishably contemporary, leaving the viewers to interpret the objects with their own individual narratives. 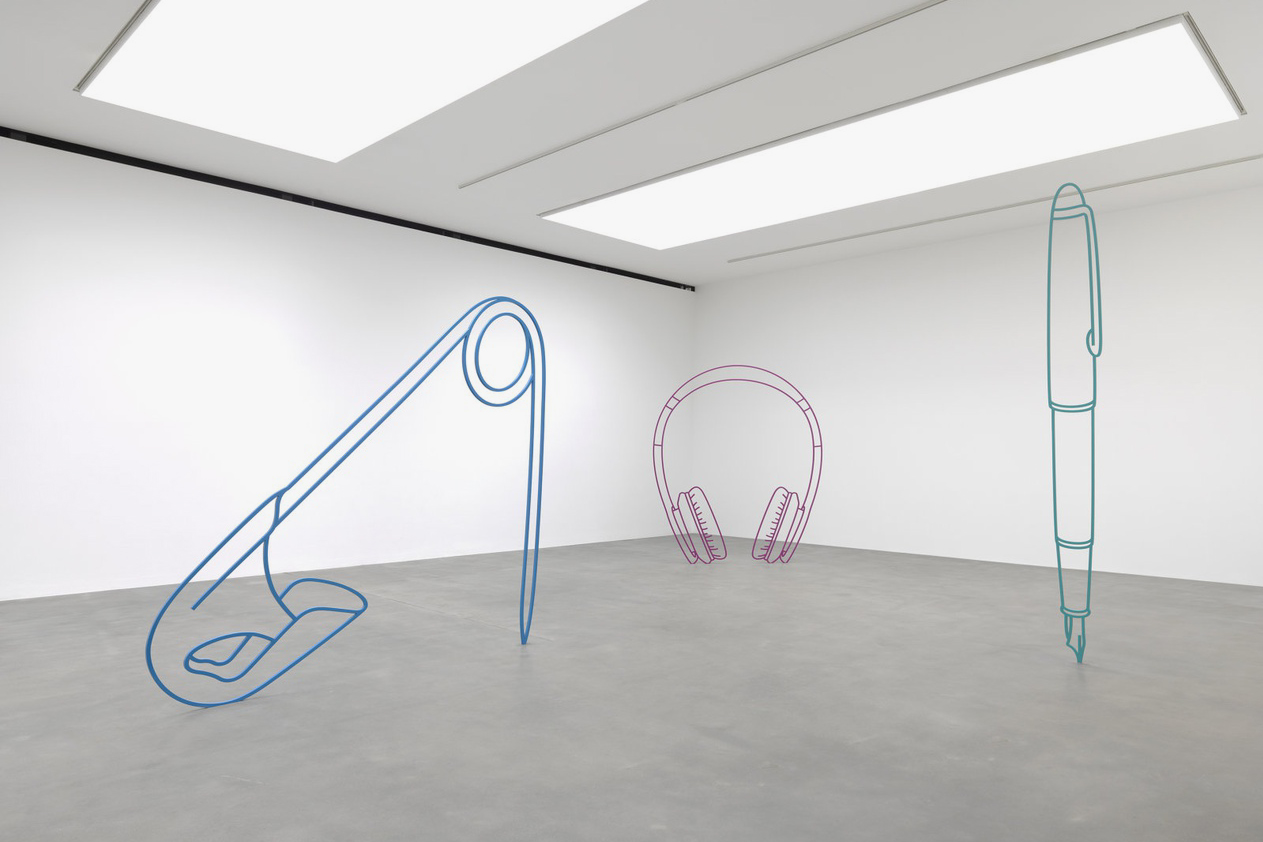 The sculptures stand between three and four meters high and allow visitors to stand and walk underneath them. With the base of the figures sunken into the concrete floor and the lines suspended in the air, the forms establish different sorts of sensory impacts. They’re placed this way to venture into spatial relationships and juxtapositions of color, and their colors represent a “synthetic, man-made quality like that of Pop art”. Although both symbolic and conceptual, the sculptures are meant allude to tangible experiences of everyday life. 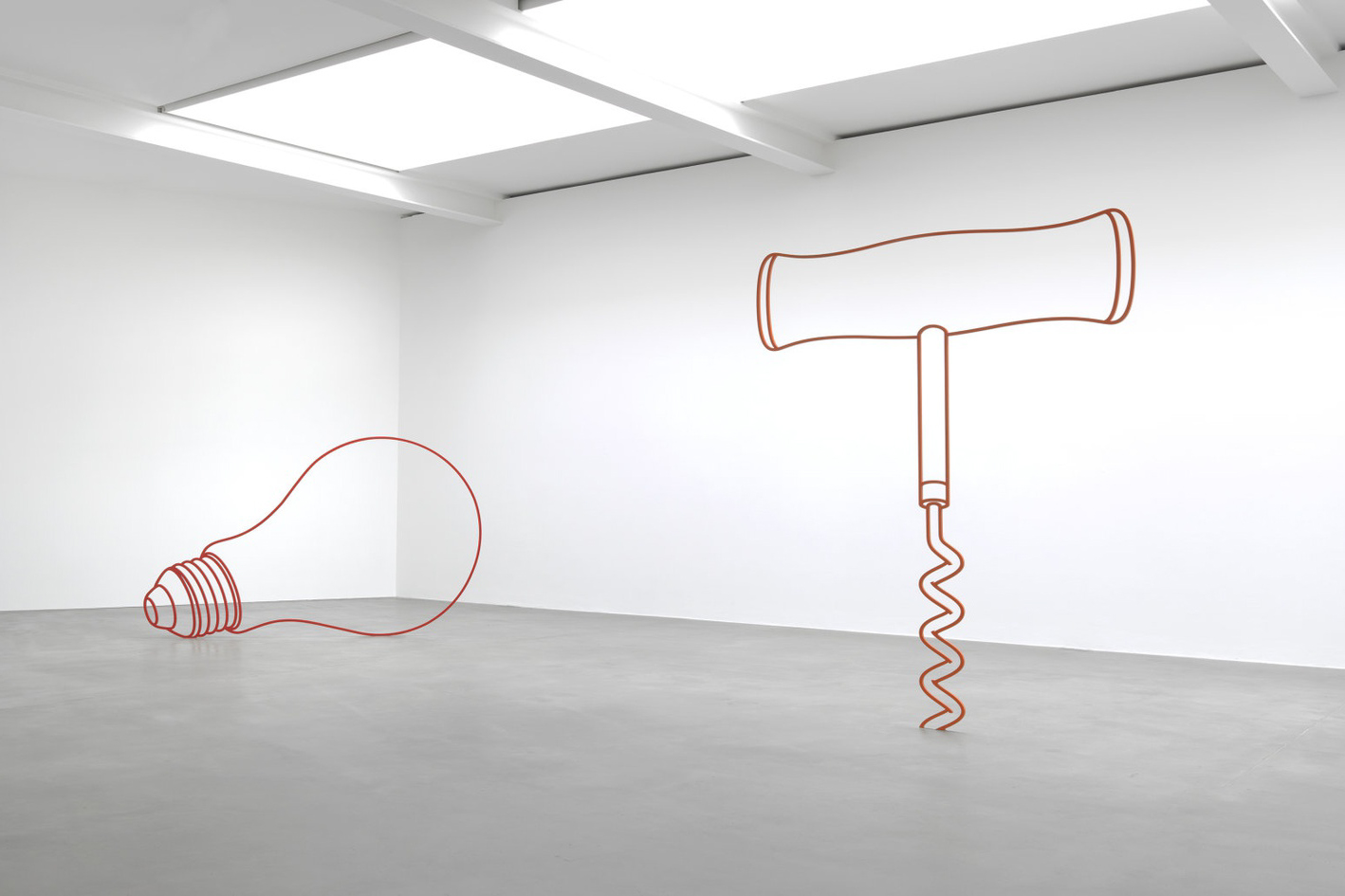 Craig-Martin is often epitomized as one of the prominent figures in the leading generation of British conceptual artists and scrutinized the relationship between objects and images in his work, as well as playing with perception and reality; “harnessing the unique human capacity to conjure ideas through symbols and signs”, as expressed in Gagosian’s press release for Craig-Martin’s exhibition at their gallery. He has a knack for experimenting with common everyday items to inquire into art and representation and illusion and belief.

“I have always thought everything important is right in front of you,” says Craig-Martin.

Craig-Martin’s exhibition has been available since the 31st of May and will be held until the 3rd of August at 6-24 Britannia Street, London.