The Fall/Winter 2018-19 Fashion Week’s Soundtracks. We rounded up top 15 of Fall/Winter 2018-19 runway’s songs from New York to Paris. There are Classical, Ambiance, R’n’B, and all kinds of Dance music genre that could be added to your current favorite.

Fashion Week has finally over, and we have so much to discover. Besides great mixtapes, Fashion Week has shown plenty of collaborations as the major part of the presentation. In many years, the musician involved (especially when they performed live) has been an important part of the show that should not be forgotten.

In no particular order, here is our pick:

1. The World is Listening by Akua Naru

Some people say that this song was a bad choice for Victoria Beckham‘s show. For us, we love this fresh, rich, and current tunes! What do you think?

2. To Fanfares for Orchestra: I Tromba Lontana by Leslie Winer

Sies Marjan was mixing four songs, including Alessandro Cortini and Nine Inch Nails. Pretty dark, we know! This song was one on the mix, and It’s your favorite movie’s end credit.

Juxtaposing all the assortments with Isamu Noguchi’s sculptures and this song? Arthur Lee was the frontman of Love, one of the most influential bands of the sixties. Only The Row can!

Honestly, this song just changed the previous candidate from LFW, this one is too good and deserves a place on the lists. An underground take by Proenza Schouler was spot on!

5. Skyy (Can You Feel Me?) by Raphael Saadiq

Performed this song live including the song from Kendrick Lamar, and Bruce Springsteen, Raphael Saadiq led the gospel choir on Pyer Moss‘ fashion show. Voicing the racial issue that somehow is still in the air, the performance was deep, moving and lively. Yes! 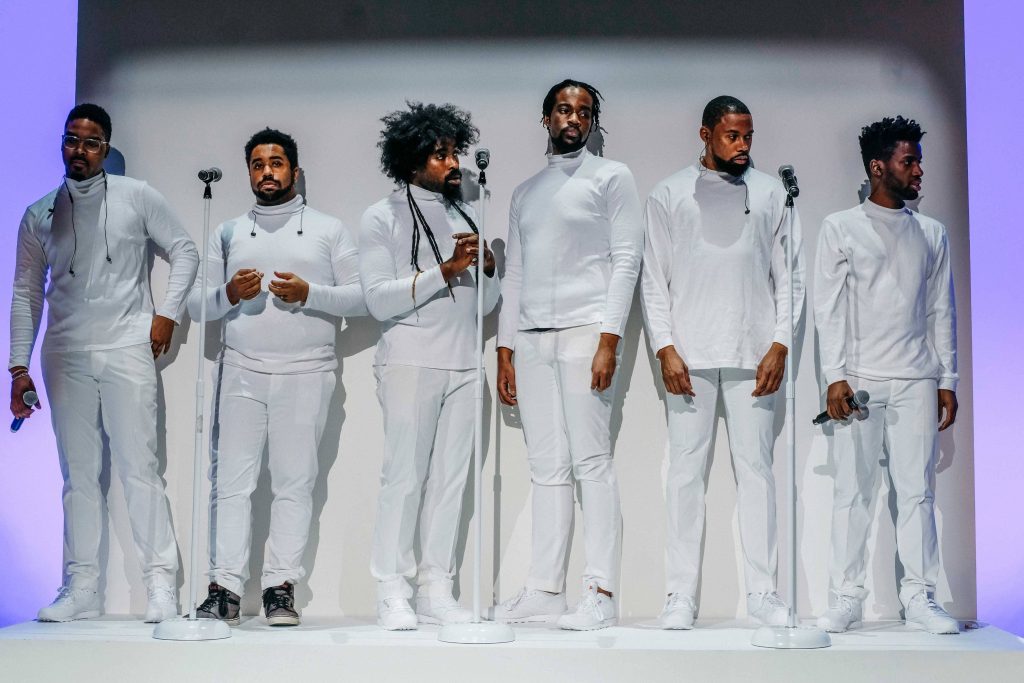 We gotta say this just what punk version of Jane Rye would listen to. Aren’t you agree? Bravo Simone Rocha!

Sounded very eclectic and magical, this song from French band, Rone is the only one that could do justice to the trompe l’oeil style of Mary Katrantzou this fall!

9. The World Is A Ghetto by War

This typical Karl Lagerfeld and Michel Gubert’s sound is purely amazing. Chanel brought us to The Limiñanas and never knew that this French Rock band was formed since 2009, other songs are great too!

Was used for Marc Jacobs’ Daisy’s fragrance campaign song, this A.P.C‘s Fall/Winter soundtrack is a grower! It mixes romantic and rebel senses of youth.

12. Big in Japan by Alphaville

Just like its big theme and the set that drew from Japanese, H&M selected this 80’s tune for the show. Such a retro!

This is what we called “just because”, a futuristic theme blends with classical tunes may be an often choice for any brands. No, but this Gucci‘s Cyborg is the winner.

We certainly believed that this remix was made for fashion shows. As cliche as mixing classic with a pop song, one of Prada‘s runway soundtrack is actually really good!

Still can’t have enough for this song since Twin Peaks Revival up until now? Just right for a classic vibe Fendi show.