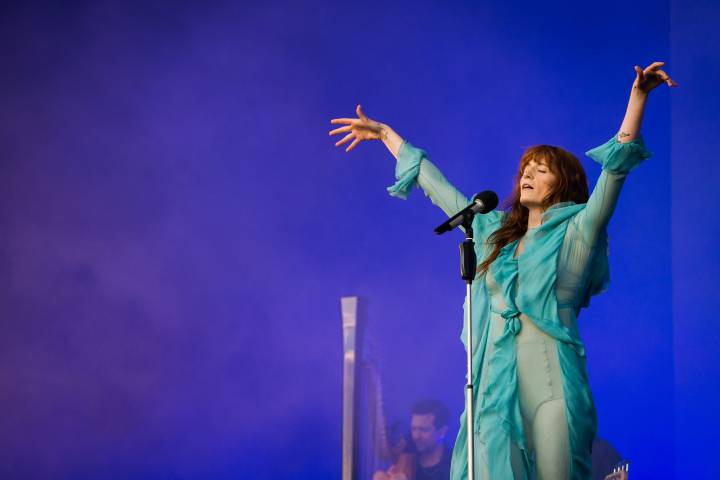 Florence + The Machine Released A Renaissance Vibe Music Video. Florence and The Machine have announced new album called High as Hopes. Along with the album news, the band also released a new music video for the first single “Hunger” and also their official Instagram account.

Directed by A.G Rojas, the majestic visual starred Florence Welch herself enchanted us with her signature moves in a renaissance setting while there were also a group of people admiring statue and magical swirls of paint. According to Welch statement, “This song is about the ways we look for love in things that are perhaps not love, and how attempts to feel less alone can sometimes isolate us more,” she added, “I guess I made myself more vulnerable in this song to encourage connection because perhaps a lot more of us feel this way than we are able to admit. Sometimes when you can’t say it, you can sing it.”

HIGH AS HOPE. As always by my dear friend @bomteard 💋🌸 Design by @brianroettinger x

Welch as the leader wrote High as Hopes with the help of co-producer Emile Hayne. There will be several musician appearances such as Jamie XX, Sampha, Kamasi Washington, Tobias Jesso Jr and Kelsey Lu on the upcoming album that makes it even more worth the wait till June 29. To make the waiting game less painful, watch the video below: