Cruella: An ode to Fashion’s Rebel Icon. How this Disney prequel pays tribute to the rocking fashion underground.

After much anticipation, Disney’s Cruella has finally been released for the world to see. As one of the first movies available for physical viewing right after cinemas are opened, everyone was quick to book their tickets for a showing. But amongst the various public response that the movie has received, one of the movie’s most talked-about points was its fashion.

The film serves as a prequel slash origin story of Disney’s 101 Dalmation’s iconic villain, Cruella De Vil, set in the 1970s. Though in this movie, you’ll see Cruella go by the name of Estella, and instead of being a glamorous evil mastermind, she was a young girl working as a designer under Baroness Von Hellman, a fashion icon at the time. As soon as things get messy in this apprentice-mentor relationship, that marks the beginning of Estella’s transformation into the villain we know today. 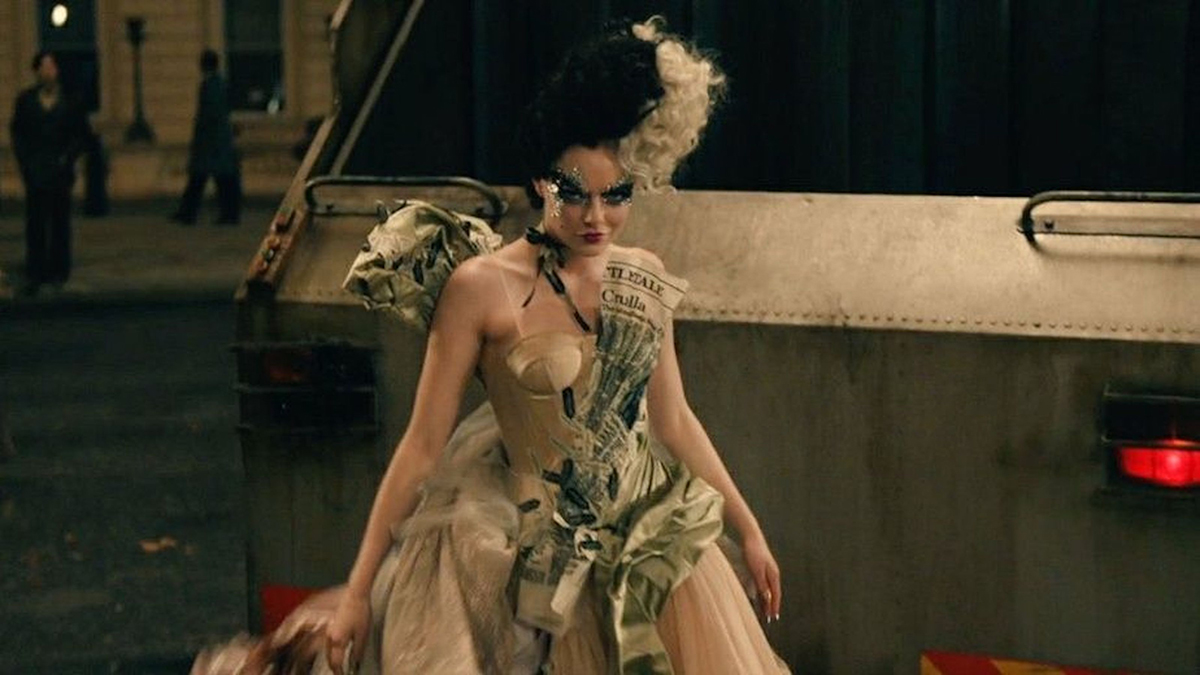 With the core of the story being rooted in a coming-of-age story of an underdog in the fashion industry, it’s no shocker that the costumes made for the movie were a hot topic. The costumes for the movie were designed by the one and only Jenny Beavan. For those who find the name unfamiliar, Beaven was the award-winning designer behind Mad Max: Fury Road, as well as Sense and Sensibility (1995) and the King’s Speech (2010). For this project, Beavan took inspiration from the punk uprising that was prominent in 70s London, with DIY-Esque details consistently seen throughout the various looks of the movie.

There’s a bunch of nods to fashion legends that can be seen throughout the movie, even in the set design of Estella’s workplace, you can see that they’ve taken inspiration from the workrooms of Dior’s offices in Paris, during the era where Yves Saint Laurent was still assisting Dior himself. More Dior inspiration can be seen in the garments worn by the Baroness, which gives a nod to their 1950s New Look movement. Another look that you could connect to Dior would be the garbage truck dress in which Estrella arrived at an event, featuring a long trail of ‘trash’ incorporated as the gown’s train. With the newspaper print and paper-mache-like textures, the gown is reminiscent of Dior’s controversial Spring 2000 Haute Couture collection, in which Galliano (in)famously brought hobo chic to the runway. The deconstructed bustiers in combination with whacky prints were also oh-so-Westwood, who was a key figure in blending underground subcultures with high fashion — a fitting inspiration for Estella indeed.

Galliano was only one of the many fashion rebels that inspired the costuming of the character, “In terms of references, we had masses including [Vivienne] Westwood, [German singer] Nina Hagen, [fashion label] BodyMap and Alexander McQueen,” shares Beavan in an interview with Vogue. One could easily find the red string between McQueen and Estrella, the leather, the black, white, and red colour palette, the sharp and bold silhouettes, even some capes! But a particular highlight would be the use of fire as part of her transformation from a white, and ‘pure’ ensemble to a fiery red gown, which was very much Joan of Arc of them to do. The same red dress also alludes to the Tree Dress by the one and only, Charles James, especially when it comes to the silhouette and texture of the dress itself. In fact, this red dress was a reconstruction of one of the Baroness’s old dresses, which gives the look a more hand-made feeling to it. 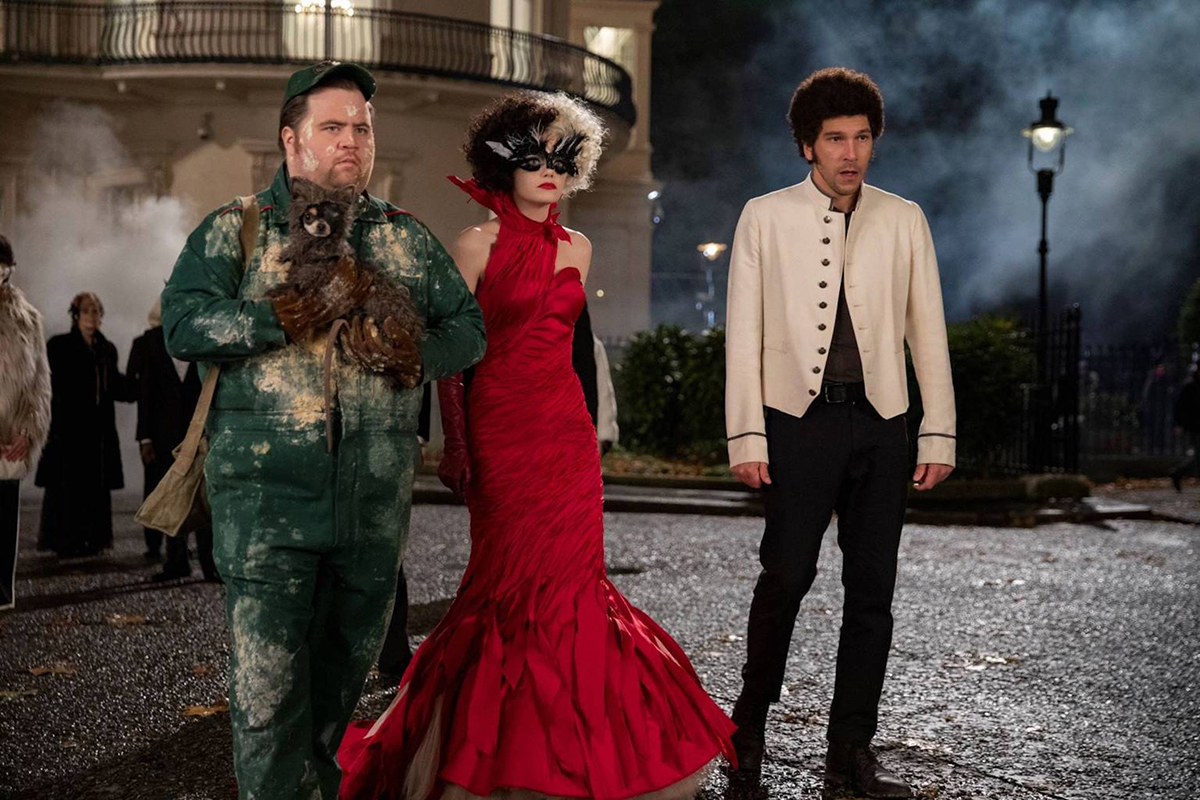 Now one more statement piece that had everyone talking was the petal dress, the one you’ve probably seen as the cover photo for all-things Cruella. The dress features a military-style jacket with miniature horses atop the shoulders, and a red skirt that cascades all the way down, to the point that it covers the car Estella stands on. The theatrical top half is definitely a Galliano and Gaultier move, maybe even a little Balmain if you think about it, while the floral-like bottom half and the silhouette of the gown itself were very 2000s McQueen.

“That jacket was a work of art. I found a beautiful jacket that could have worked, but we decided to remake it. Then, the whole point of the frilly skirt was that it had to enclose the Baroness’s car,” Beaven shares to Vogue, “In the end, it was made by Kirsten Fletcher, who’s an incredible costume maker, and I had a lot of students hand-sewing petals in my workroom. Apparently, there were 5,060 petals in total.”

Although the Baroness herself was constantly dressed in classy, poised looks, it’s definitely an interesting and bold move to see how a Disney movie honours the darker, edgier, and grittier, side of 1970s fashion. With a long list of designers as references and inspirations, it’s like Beaven’s costumes for the movie has become a love letter to the punk revolution and the London underground. (Text Vanya Harapan)