The Batman Brings a New Take on Gotham’s Favorite Players

The Batman Brings a New Take on Gotham’s Favorite Players. The caped crusader makes a cinematic comeback in The Batman.

It seems like the world can never have too many Batman movies. Earlier this month, Matt Reeves’ ‘The Batman’ was finally released and just like that, the world has a new Gotham to keep their eyes on. With the amount of Batman retellings that have existed prior to this one, and the added pressure of countless die-hard Batman fans, Reeves’ has a lot to live up to. After three weekends of showings, the movie has already succeeded in earning $505.8 millionin the global box office, making it the fourth highest-grossing film during the time of the pandemic. So what exactly makes this Batman movie any different than those before?

In this version of events, fans can still expect to see everyone’s favourite dark and brooding hero of Gotham, with the same formula and origin story as any other Batman story, viewers will still feel that sense of familiarity. But unlike previous takes on the character, Pattinson’s take on Bruce Wayne breaks the mould of a high-profile billionaire playboy that oozes bad boy charisma and instead was more solemn and lowkey, a grown man that was evidently filled with internal angst and grief. This take on Bruce Wayne has also added an essence of relatability to a character that seemed very much unrealistic to most, which is perhaps why Pattinson has been receiving much praise and hype on the internet for his interpretation. For The Batman, Reeves’s shows the story of the Caped Crusader’s beginning, not in the sense of how Wayne came to the decision to start being a superhero, or about how a young Bruce Wayne experienced his parent’s death, but more on how the billionaire was adapting into his new role as a vigilante and how those around him like his are adjusting to the new double life too. Although his identity is still a secret to the city of Gotham, besides Alfred the butler, the movie shows how the criminal justice system and the higher-ups of Gotham are getting used to having the bat around town. 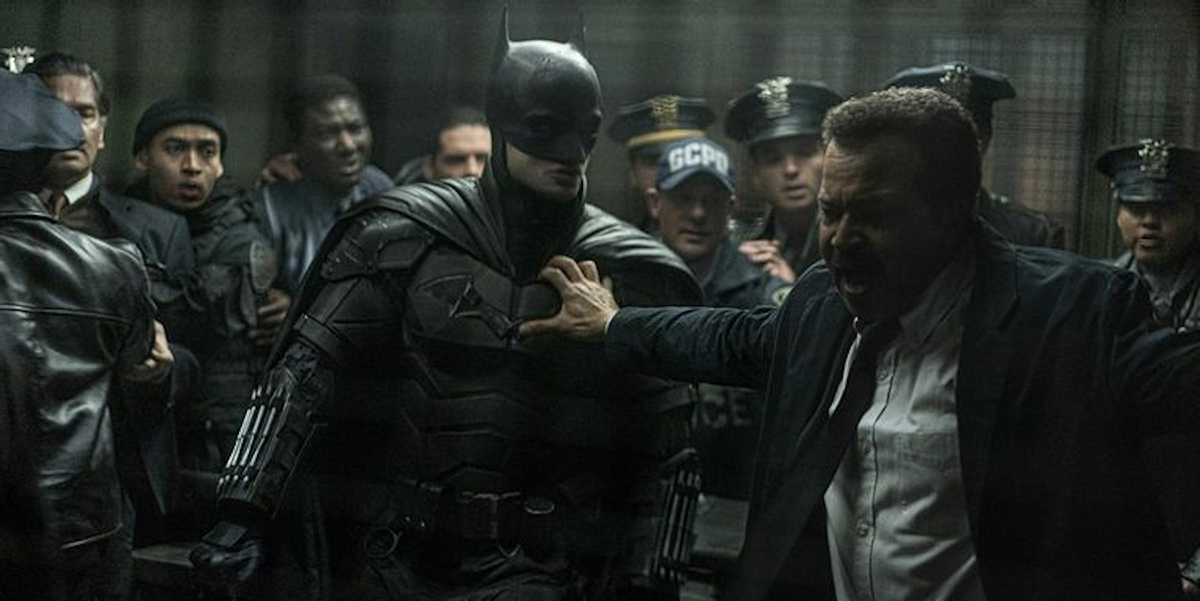 The tale begins with the death of Gotham City’s mayor which was later on revealed to be done by the Riddler, played by Paul Dano. Now this probably isn’t the first time viewers have heard of the mysterious criminal with questionable antics, some might remember ‘The Riddler’ as the wacky weirdo played by Jim Carrey in Batman Forever, or perhaps the more recent vile yet geeky take done by Cory Michael Smith in Gotham. Dano has definitely done an impressive job in playing the intense part, as his presence left the audience on their feet with his antics and all the videos he recorded left an unsettling feel hanging in the air.

Other familiar faces that were present in the movie was Colin Farell’s Penguin that could possibly play a bigger role in future endeavours of this batman, and Zoe Kravitz’s Catwoman that woo-ed the audience in each and every second that she was on screen. Superhero movies have been a genre that’s taken over the industry massively this past decade, and releasing one of such a popular character into an oversaturated market could be a risk, let alone a 3 hour long one. But with the tone and feel of a suspenseful mob movie, Reeves’ the Batman felt like an action-filled crime movie that could be enjoyed by just about anyone. (Text Vanya Harapan)