‘Marauder’: A Different and Distinct Turn for Interpol

‘Marauder’: A different and distinct turn for Interpol. Return with the sixth album ‘Marauder’, Interpol embraces the change.

Being different is good for Interpol, a veteran New York-based trio formed in 1997 is coming back with their sixth album “Marauder” and successfully embracing the change. It is a new era for Paul Banks, Daniel Kessler, and Sam Fogarino, after in 2010 founding bassist Carlos Dengler quit and frontman Paul Banks decided to soldier on and picked up the bass, then the trio made El Pintor on 2014. Despite all the struggle, trying to keep up with their momentous 2002 debut Turn On the Bright Lights, the 40-something trio teamed up once again, not attached to any particular scene, brings Marauder to the ground and incorporates something exciting, like working for the first time with outside producer Dave Fridmann, of Mercury Rev, Flaming Lips and MGMT, Still with a rage but a controlled one, Interpol infused their familiar New York’s post-punk elements kicking with a new spirit.

In a recent interview with Spin Magazine, Kessler brings back the memory from El Pintor that kind of made an impact to their current music, “El Pintor was the first record we made as a trio. We made that record without a plan, really. We didn’t know Paul was going to play bass. It just sort of came up at the moment and we needed to move forward. One day, he was like, “Why don’t I bring a bass tomorrow, give some anchor to the songs?’ With Marauder, we knew Paul was going to star bass because we felt really proud of El Pintor. He came right back and wrote, “If You Really Love Nothing” and “The Rover” in the first few days. 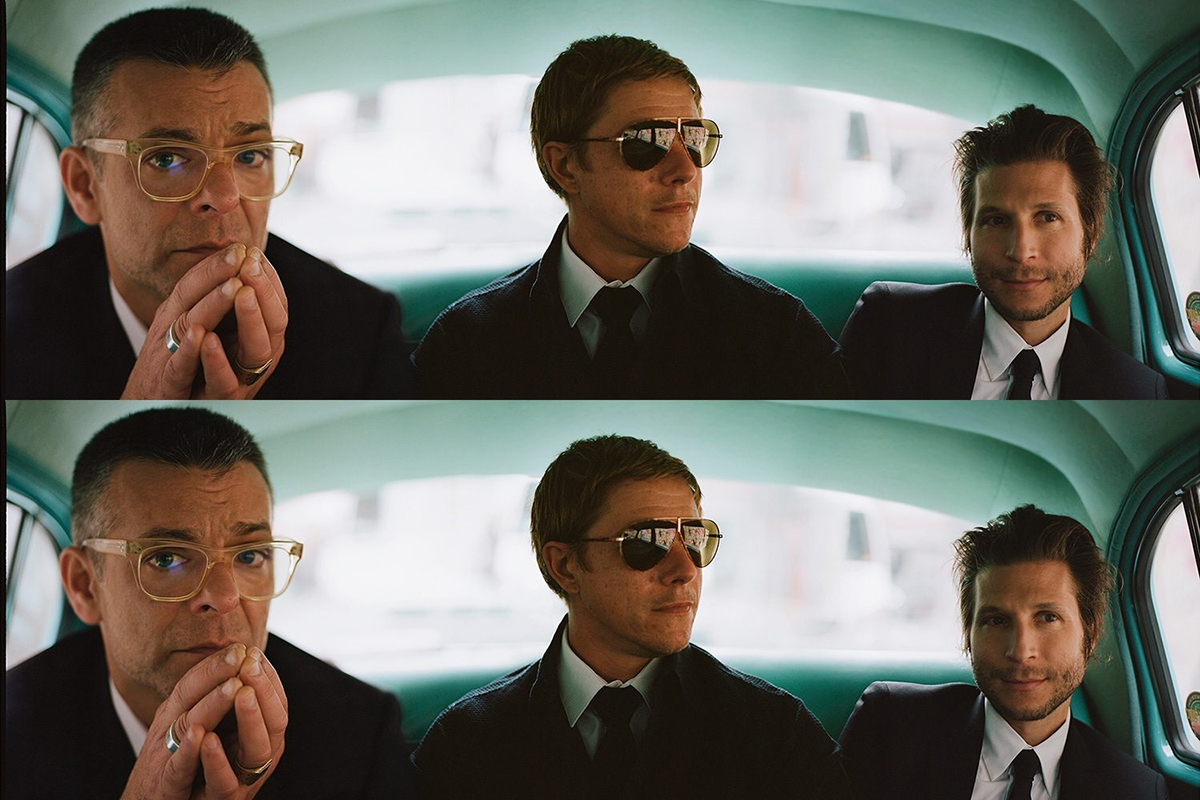 The band drops their first single from Marauder on July 2018, by dropping a music video directed by Gerardo Naranjo, starring Ebon Moss-Bachrach (The Punisher, Tokyo Project), as this crazy man who crashed Interpol press conference in Mexico. It was a headline for a moment since people was shocked seeing somebody crashed Interpol press conference and do weird things to Paul Banks in the middle of the event, I guess now we found out that it was for The Rover music video. The video concept coming from Mr. Banks himself, it was shoot in Mexico and Albert Hammond Jr was in it for a few seconds.


What more interesting is the idea behind the song itself, “The Rover” was inspired by some kind of a Cult leader. Banks confessed in the interview with NME, “The lyrics to that song may have actually just been inspired by the sound of the song, as opposed to me wanting to write a song about a cult figure.” He added, “The idea of that song lyrically is that this character ‘The Rover’ who is basically preaching a doomsday type message, but he’s also just a very charismatic and magnetic figure. Once I had envisioned that as the concept and this character that I wanted to describe, it became fun wavering back and forth between his doomsday prophesying and his manipulative word choice and he’s basically trying to get people to follow him.”

If You Really Love Nothing is a no sentiment break up song that becomes Interpol’s latest single from Marauder. It comes with a music video starring Kristen Stewart and Finn Wittrock (of American Horror Story and The Big Short). The pair plays a couple, enjoying a wild party that eventually turns into violence as the band plays along in black and red setting. Directed by Jala Matar, Stewart dressed in fitted blazer coming to a dimy-lit joint with Wittrock, where they both started making a messed and making out all over the places, climbing couches, feeding each other bolognese. There are no specific stories to this video, it’s basically only Stewart and Wittrock do whatever they want. Matar shoots the video in atmospheric lighting and artistic camera angles, made the video look cool though.


“Kristen Stewart is the perfect actress for this part,” says Paul Banks, “I don’t think there’s anyone that could have better played the role. She nails it, and I love the performance from Finn Wittrock. Another wonderful casting choice, he plays the role of Kristen’s beleaguered companion beautifully.”

While waiting for another single to be dropped, Interpol officially releases Marauder on August 24, now they are busy touring around the world from the UK to Asia, the schedule is full on track. Catch them live on Neon Lights music and arts festival in Singapore on 10 November 2018. Ticket information and schedule are available at the festival’s website. Just make sure that you are there to catch the New York’s finest post-punk legend live.