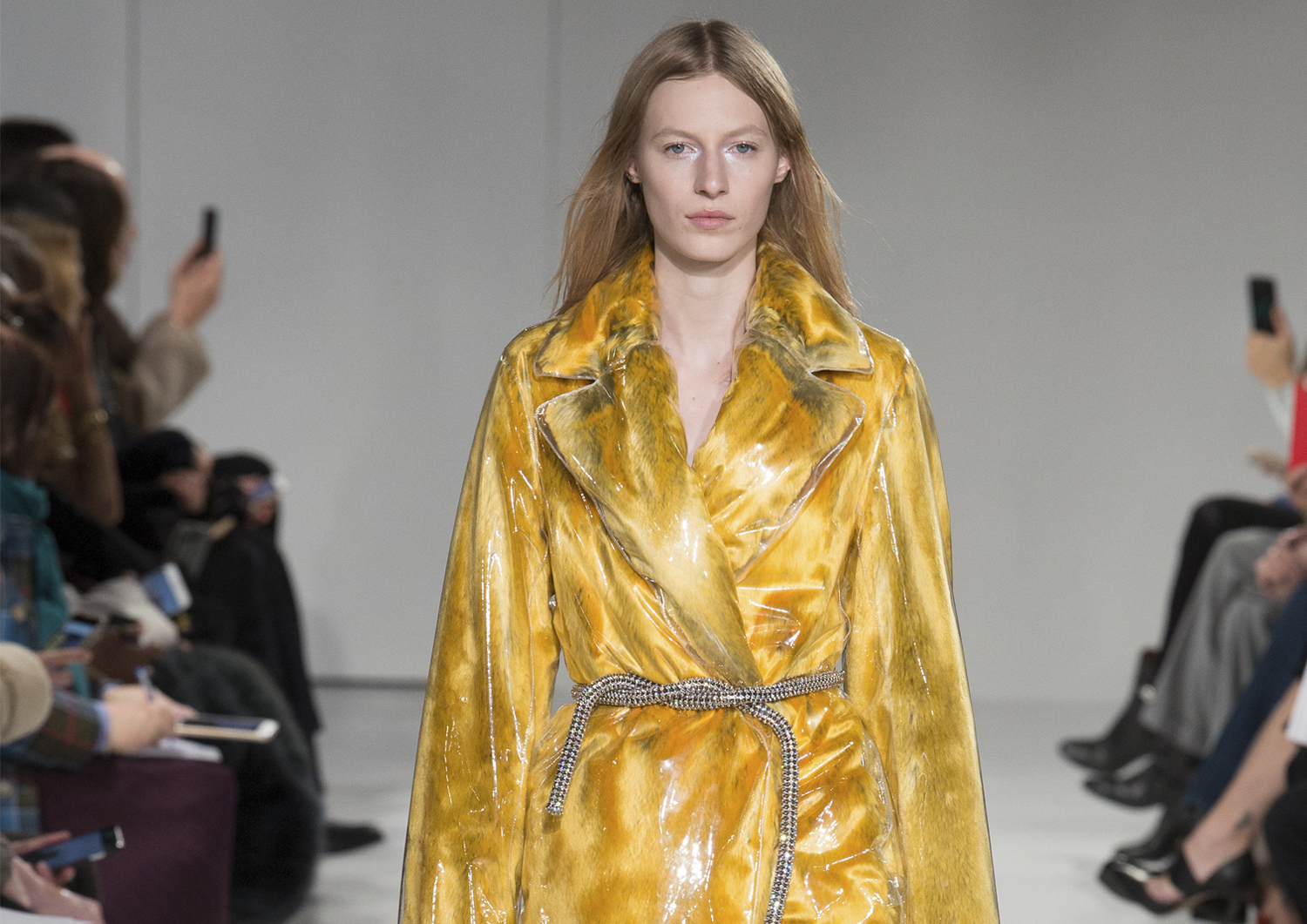 At undoubtedly the most anticipated fashion debut of the season — and perhaps the biggest since his similarly high-profile arrival at Dior — the industry sat on the edge of its seat while Belgian fashion design megastar Raf Simons presented his debut collection for US heavyweight Calvin Klein. With David Bowie’s This Is Not America blaring, the political stance of Raf Simons was made perfectly clear at his Calvin Klein debut. As it turned out, the thrilling premiere of his post-Dior era also happens to coincide with a very precarious moment for American democracy.

With his stance shouted from the periphery, there was plenty of room on the runway for the clothes to tell other stories. And there were lots of them in this seamless mix of men’s and women’s, a nod to quintessentially American tropes ranging from Wall Street power dressing to western denims, varsity, sherif and biker jackets to the Arts and Crafts movement. Rendered in stay-woke acid hues, the show served as a reminder of the nation’s many great sartorial traditions.

Out of the line-up, look 24—a texturally distressed, canary yellow coat wrapped in PVC and worn by Julia Nobis—caught our eye. Cinched with a sparkled belt and worn with minimal strappy heels, it’s a shrug-on look that commands attention. Or look 12 and 15–Which Male and female models wore varsity sweaters with sheer torsos in a technical knit that looked lifted from the world of shapewear, a tricky look for both genders. For Raf, the future looks so bright.