Depeche Mode Gets Politically Charged With ‘Where’s the Revolution?’ Video 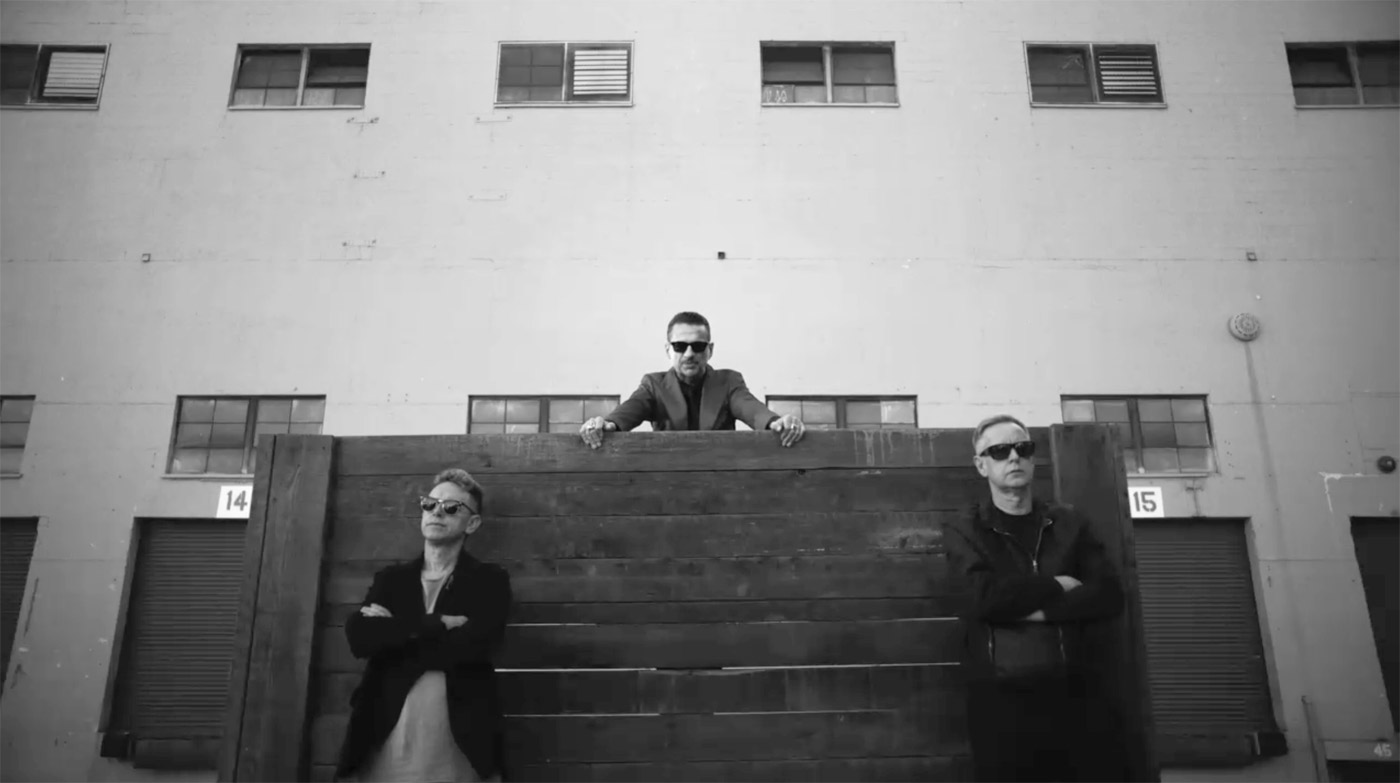 Depeche Mode gets politically charged with ‘Where’s the Revolution?’ video. The veteran group teased the world with dystopian visual directed by Anton Corbijn.

Depeche Mode are back with their first new music in four years – the politically-charged new track and video, ‘Where’s the Revolution?’

The dystopian clip was directed by frequent collaborator and music video mastermind Anton Corbijn. The video is cut through with a dark sense of humor, it begins with the band putting on fake Karl Marx beards. Dave Gahan then sings from behind a podium as soldiers march and wave flags. By the end of the video, Gahan has stripped down to his more recognizable black leather vest and Martin Gore has taken up his electric guitar, which comes alive with a burst of red color.

‘Where’s The Revolution’ marks the band’s first new release since the album ‘Delta Machine’ in 2013. Their forthcoming LP ‘Spirit’ will be released on March 17, and was produced by Simian Mobile Disco’s James Ford. In an interview with Rolling Stone, Gahan spoke about the sense of worldwide worry and melancholy that permeates the record, but stopped short calling it overtly political.

“I wouldn’t call this a political album,” Gahan said, “because I don’t listen to music in a political way. But it’s definitely about humanity, and our place in that.”