From August 7 to 10, the Danish fashion enthusiasts were occupied with the largest fashion week in the Nordic region that takes place twice a year in January/February and August, that’s right, the Copenhagen Fashion Week. Compared to the other fashion capitals like New York, London, Paris, and Milan, Copenhagen showcased more “real” and tangible clothes with a more heartfelt point of view.

Though still having that eccentric and couture vibes, the event mainly focused on wearable and tasteful fashion. As it was on stage, so it was off stage, most of the trade shows were industry-only, not a peacocking affair full of overdressed women in painfully high heels. The street styles and brands reflected the local philosophy which emphasized modernism and minimalism.

Even though Henrik Vibskov and Astrid Andersen were not part of this Copenhagen Fashion Week, Denmark and the Danes had these two to thank for raising Denmark on the current fashion industry map. Lots of optimistic vibes could be seen through the trends showcased by the designers, such as utilitarian, outdoor/camping, subtle mixed prints, even bed-wear.

Here are the five major things that happened during the Copenhagen Fashion Week SS19:

The Copenhagen Fashion Week was surely filled with shows by some really talented and brilliant fashion designers. Some of them experimented with functional design and clear tailoring, like Ganni, Mark Kenly Domino Tan, Anne Vest, and By Malene Birger. However, there were also designers like Holzweiler, Stine Goya, and Ganni who experimented with unusual textures, romantic details and embellishments, and playful textiles, which gave off adventurous and theatrical vibes without being excessive. Meanwhile, Cecilie Bahnsen managed to pull off a sophisticated and feminine collection by showcasing many dreamy and innocent pieces in whites, tulles, and cottons which had luxurious bedroom aesthetics.

Arriving at fashion week looking fabulous and presentable, but profusely sweating and feeling sticky underneath that designer outfit, that’s what’s called a fashion tragedy. Unfortunately, the Danes had a little trouble caused by the unexpected heat wave that hit the usually mild and rainy Copenhagen. Fear not, for there were the beautiful hand-painted handheld fans from the label Fern. Fern was launched a year ago by Daisy Hoppen and Amanda Borberg. The collection featured a range of colorful fans, from pink cherry blossoms to purple polka dots, as well as monochromatic ones. 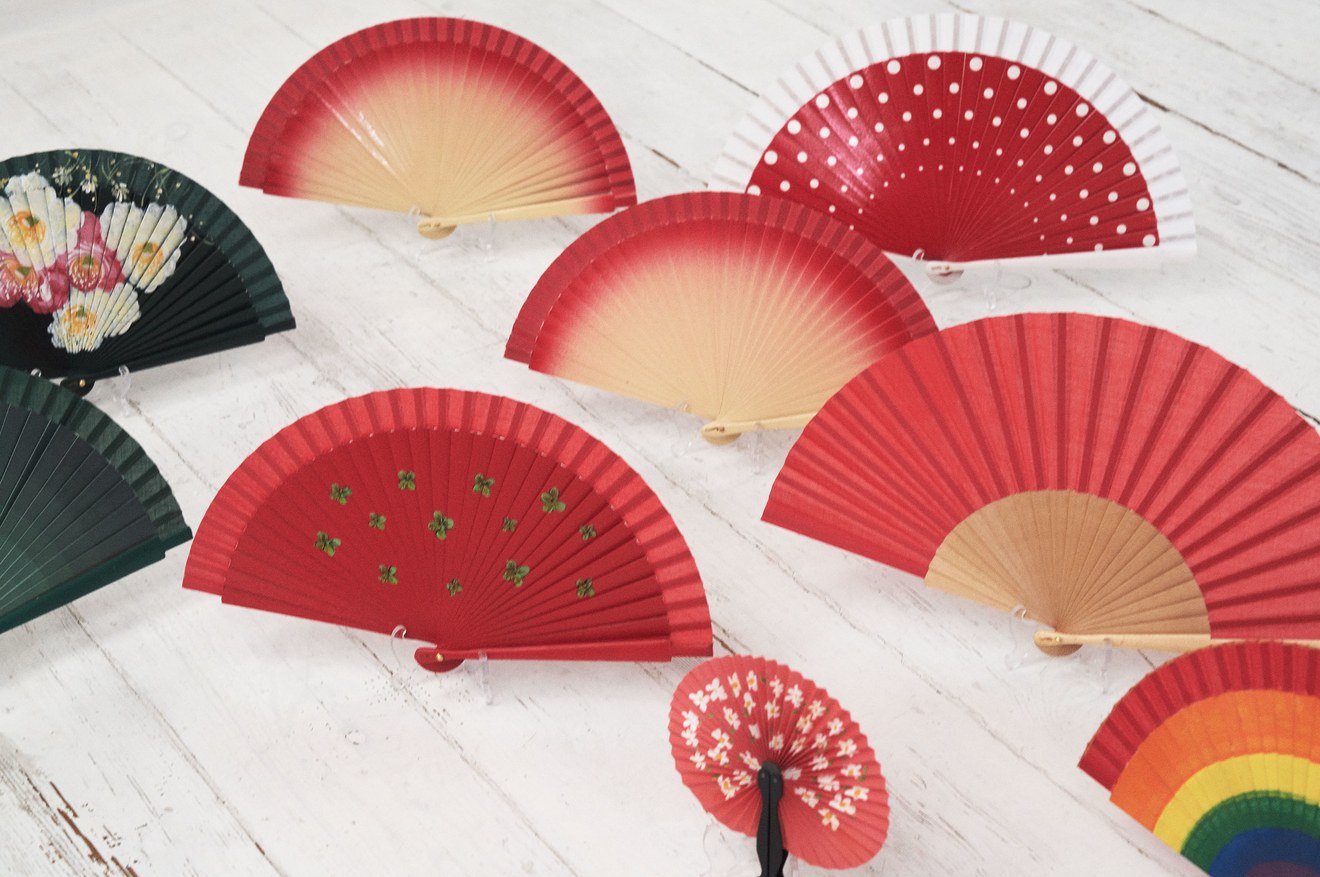 3. STREET STYLE: Havaianas flip-flops are in

Flip flops during Fashion Week? Why not? The Danes successfully entertained the fashion industry with some pretty unique street style, including wearing Havaianas flip-flops. Thanks to these flip-flops, these Danish fashionistas were able to showcase their laidback, cool, and relaxed mood effortlessly. These colorful and fun flip-flops could be seen paired with dresses, skirts, and pants. Yup, comfort is in! Besides flip-flops, there were also other street style trends that deserved extra attention, such as ultra wide-leg jeans, cycling shorts, and cowboy boots.

4. MUF10 BURQA BAN PROTEST: Women should have the rights to choose the way they dress themselves

Unlike the other designers who presented happy and uplifting shows, Iranian-born, Danish designer Reza Etamadi used the Copenhagen Fashion Week and his streetwear brand, MUF10 to protest Denmark’s controversial Burqa ban. Denmark’s full-face veil ban came into effect not too long ago, despite Humans Rights Watch labeling the ban as ‘discriminatory’. His show featured models in traditional Muslim attire and police officers in uniform giving out flowers to those Muslim women as a symbol of support. Reza believed that he had a duty to support all women’s freedom of speech and freedom of thought. 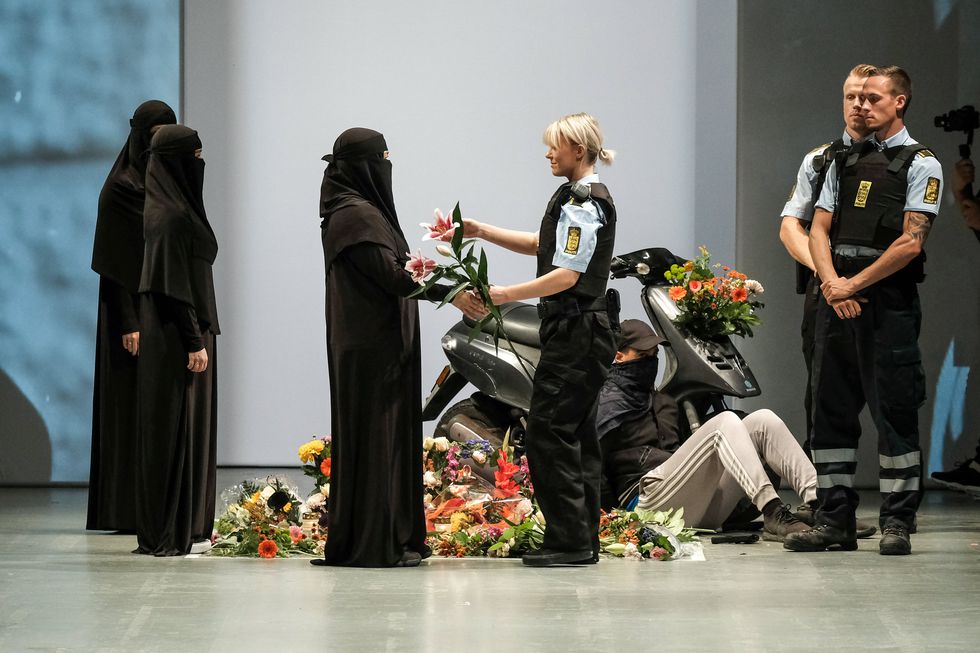