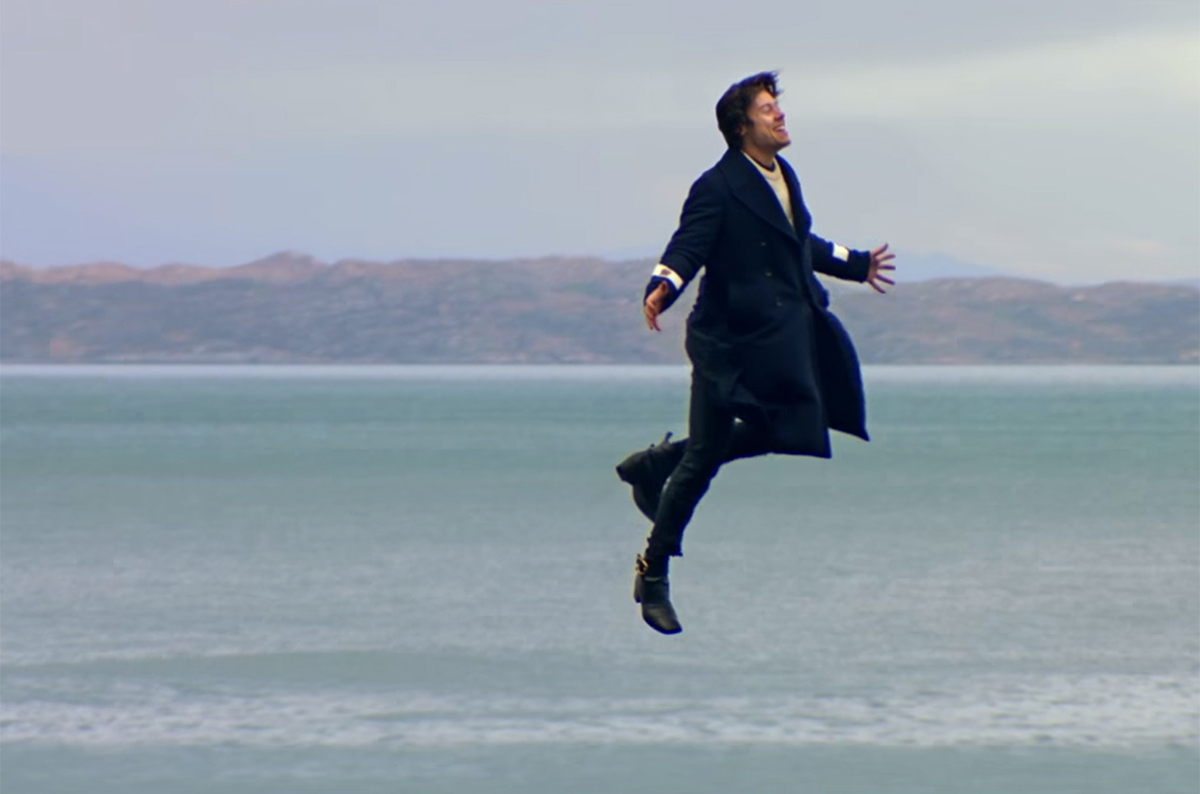 Harry Style debuts a stunning solo visual for ‘Sign of the Times’. The former One Direction singer has flies over mountains for solo power ballad.

With his debut solo album coming this Friday 12 May, Harry Styles just dropped the music video for title track Sign Of The Times and it sees the former One Direction star soaring to new heights. Literally. The visuals were filmed on the stunning Isle of Skye in Scotland earlier this year, resulting in a similarly epic feel to the song. The release comes after Styles teased the video’s release on Saturday with a short, 15-second clip on his Instagram and Twitter accounts.

Clad in a navy topcoat with a dramatic collar, a chunky white sweater, leather boots and black pants, Styles begins the video wandering around in a green field before leaping off a rock into the sky at the song’s first climactic chorus. Styles spends the rest of the video floating high off of the ground as he flies by waterfalls, the ocean, green hills and wide open spaces.

And, no, the Sign of the Times music video was not filmed in front of a green screen – photos leaked last month of Styles filming the daring footage while hanging 1,500 feet above the ground on a cable attached to a helicopter. Talk about commitment!