The name “Gentle Monster” is no longer a stranger to almost everyone. The fashion-forward eyewear brand known for their futuristic ahead-of-their-time designs has quickly become one of the most sought-after accessories brands in the current fashion scene. By collaborating with global fashion powerhouses (Jennie Kim, Kris Wu, Diplo, Marine Serre, to name a few), and experimentally sleek aesthetic, the brand is always ready to make a statement — their latest one being their newly opened Haus Dosan concept store in Seoul.

The five-storey store is the first chapter of their “Unopened: Future” project and is located in the Dosan neighborhood of the city. This continuous project is the brand’s take on the future of retail, “Haus incorporates the experiential creativity and vision for retail of Gentle Monster”. The store’s name is originally HAUS 0 10 10 10 1, with the number ‘01’ honoring quantum mechanics, fittingly signaling the progressive nature of the brand. The building was previously home to another popular concept store, Queenmama Market, and was designed by BCHO Architects. 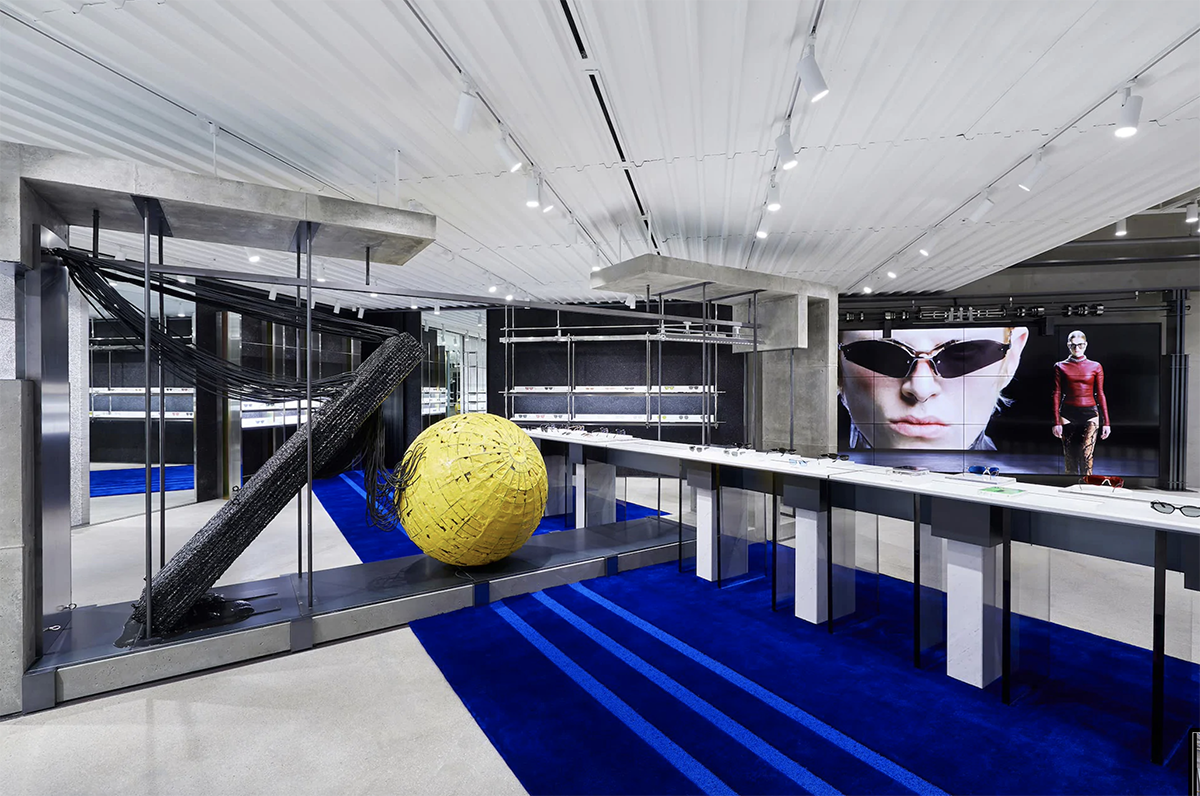 When you step into the Haus, the first thing you see is a multi-floor 3D installation, designed in collaboration with Frederik Heyman. This centerpiece captures the tone of the store perfectly, a more raw and unfiltered take on futurism, as well as embodying Gentle Monster’s concept of unbound creativity.

On the second floor lies the store area of the Haus, showcasing the brand’s glasses. With the keyword for this floor being ‘minimalism’ and ‘restraint’, the brand decides to only showcase their optical glasses on this floor while their sunglasses are displayed on the third. Besides the array of tables displaying the glasses, you can also spot a mixed-media installation in the center titled “Truth or Dare” by Jonas Lindstroem, adding a refined tension in the space. 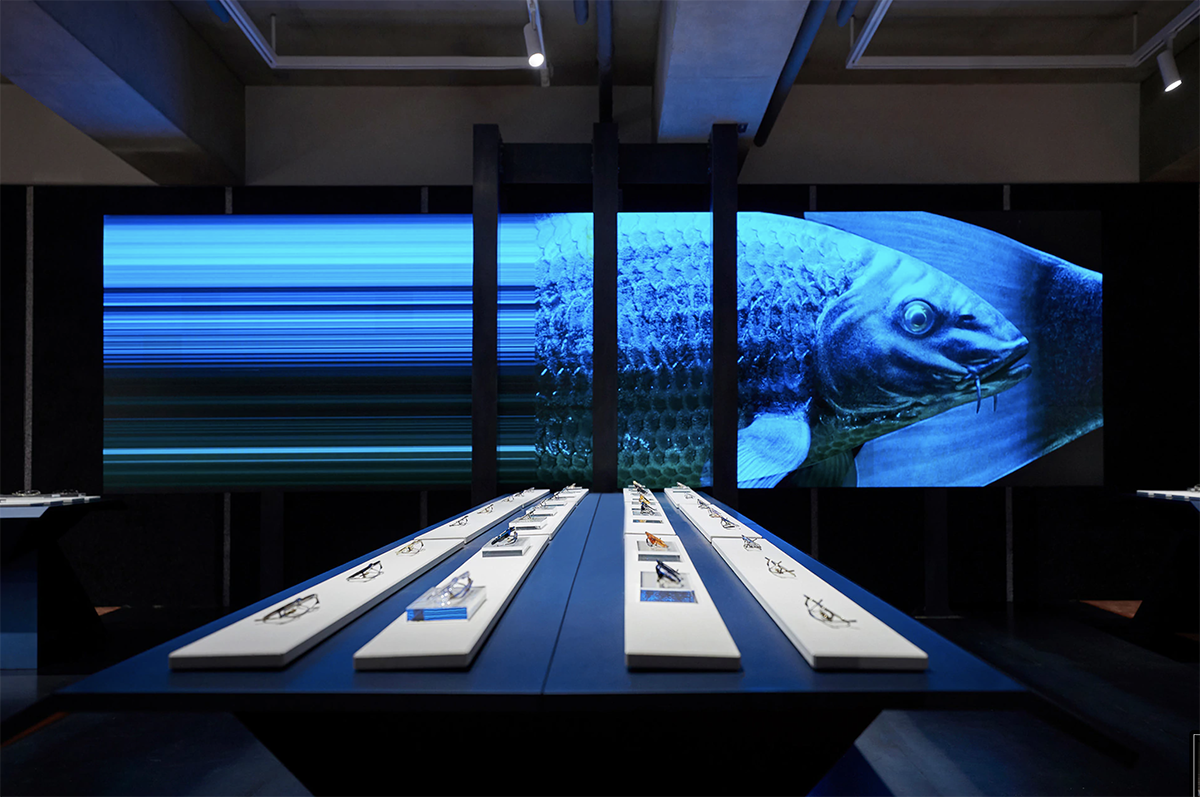 As you go up onto the third floor, your eyes are fixed on the geometric figure in the center. This show-stopping centerpiece is a six-legged robot called, The Probe. The Probe was developed by the Robotics Lab at the brand and is created as a physical embodiment of the brand’s continuous goal of experimentation and pushing past boundaries.

The Haus doesn’t only display Gentle Monster items but you can also shop for beauty products at the Tamburins flagship store on their fourth floor that’s just as much of a treat for the eyes. The room is elegantly filled with earth tones and contemporary works made by Chulan Kwak, Mercedes Vicente, and Casper Kang. You can also quite literally treat yourself with Nudake’s “Taste of Meditation” in their basement floor.

The store has opened since February 2021, and is open daily from 11 am to 9 pm in Apgujeong-ro, Gangnam-gu. Next up on their list, Gentle Monster is planning to open their Haus Shanghai in Shanghai, China this upcoming May. For those of you who are unable to visit, don’t worry, you can experience a 360 tour of the Haus here. (Text Vanya Harapan)