Taiwanese-American artist James Jean paid homage to Leonardo da Vinci in his holiday print edition this year, titled “Lady with Axolotl”. The print that measures an estimate of 22 by 16 inches was first showcased on Jean’s personal Instagram on November 17 along with progress sketches of the work itself.

The print was based on da Vinci’s “Lady with an Ermine”, a portrait he painted from the year 1489-90. The subject featured on this portrait is identified to be Cecilia Gallerani of the Milanese court. Gallerani was married to the Duke of Milan who has been a patron for da Vinci for around 18 years. Instead of painting the Duke himself in a literal way, da Vinci painted him as the Ermine being held, as the Duke was often called “the white ermine” by others.

Lady with an Ermine by Leonardo Da Vinci.

The painting itself remains as one of the only authentic panel paintings by da Vinci to survive many centuries, but sadly its current state is quite different from its original form due to repainting and modifications made in maintenance.

In Jean’s contemporary version, there is a more positive and hopeful tone to this piece in contrast to the original. With an enchanting color palette including light shades of pink dominating the portrait, the print brings a calming sense of optimism even from the first glance. The piece also features a clean delicate lining along with decorative floral elements in the background to complete the overall composition of it all. 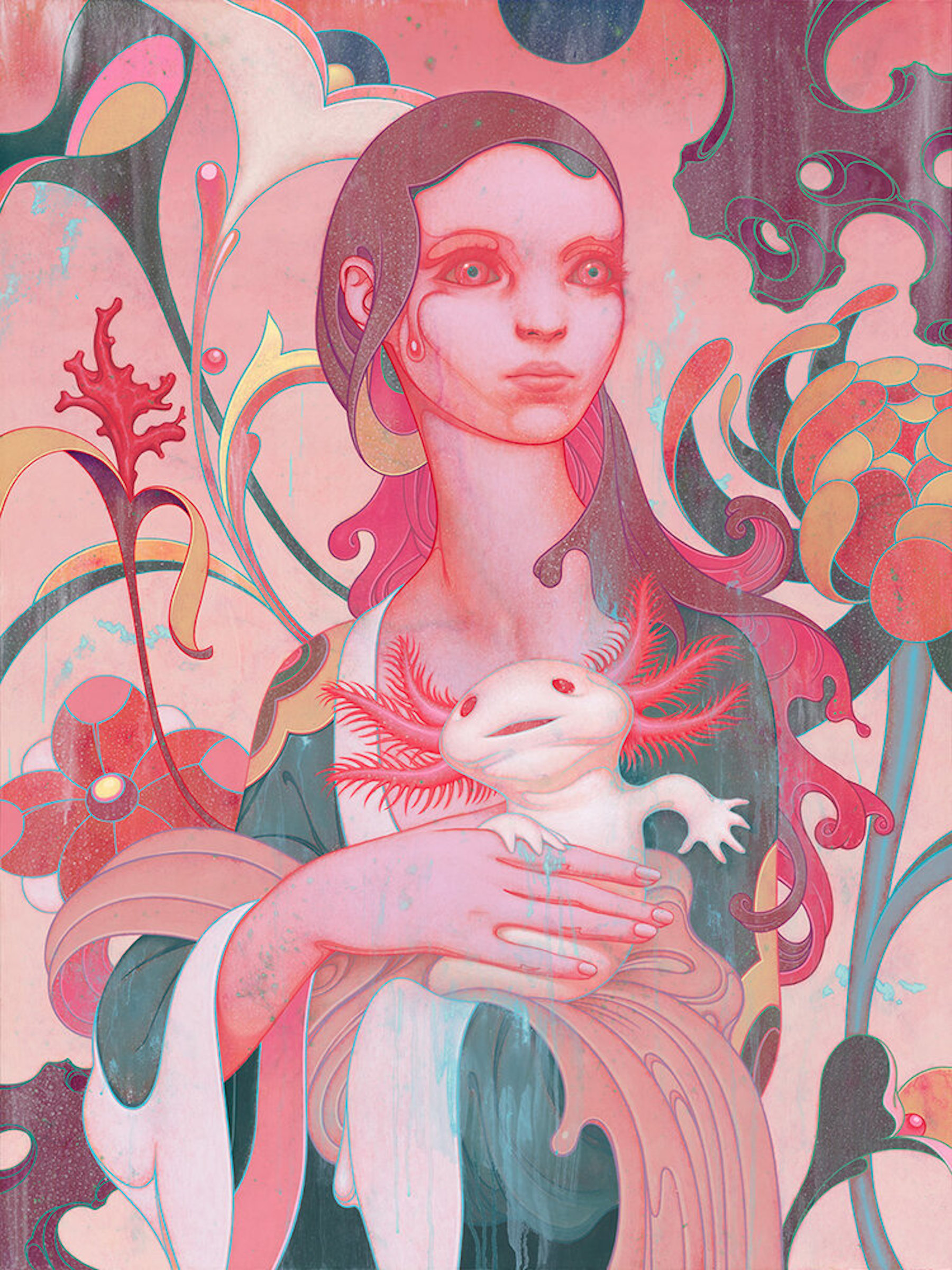 “Lady with an Axolotl is an homage to the painting Lady with an Ermine by Leonardo da Vinci. The axolotl is a salamander native to Mexico with the incredible ability to regrow its limbs, spinal cord, tail, and even portions of its brain. Hence, this magical creature is a symbol of regeneration and renewal,” explains Jean, “As our holiday release, Lady with an Axolotl is meant to inaugurate a new era of healing. Her eyes, red with pain, peer into the past, while she lovingly cradles an axolotl that looks into the future.”

The print was available for purchase for a short 24 hours last month, with each print being a signed one and no reprinting is planned for the piece. (Text Vanya Harapan)