Micro-Shades Made Trends, Defeating The Purpose of Sunglasses 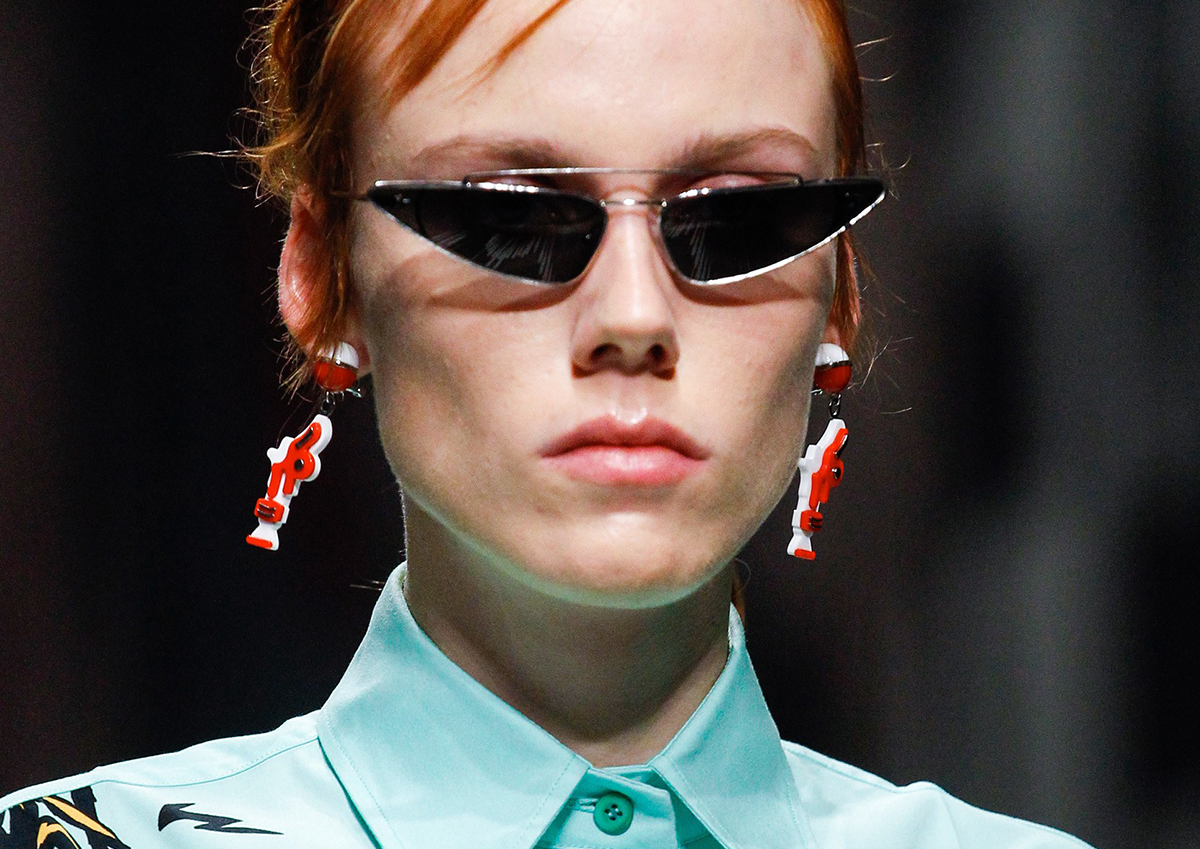 Micro-Shades made trends, defeating the purpose of sunglasses. When the tiny shades became the ultimate voyeuristic tool of 2017.

We have seen a growing trend of some of the staple accessory pieces from the good old 90s making a comeback in fashion. Interesting? Very. To see the new generation of celebrities and models saunter around the streets and the red carpet with the seemingly tiny piece of accessory resting on the bridge of their nose were what caught our attention these past few months.

The micro-shade trend has made its comeback, ubiquitous enough for people to assume and finally come to terms with its significance. Seen from the Demma Gvasalia’s second collection of Balenciaga Spring 2017 RTW Collection, the micro-shade, similar to the Matrix-esque and even oval-framed sunglasses became apparent. Not long after, we see Rihanna making an appearance with her own slender white-framed sunglasses by Andy Wolf eyewear on the red carpet in Cannes. Bella Hadid and her fellow insta babes are also often seen with teeny, tiny, microscopically small sunglasses, which from May to August 2017 became the predominant trend for Instagram lovers everywhere.

Has there been shift of paradigm for big and chunky (and even cat-eye and aviator) sunglasses being rendered as an uninteresting or too purposeful in a lot of ways? Interestingly enough, it feels as though the trend advocates for a less is more type of feel; ones where you feel the need to show a little bit of everything without having to sacrifice the accessory you put on your face. We see big brands following the wave of the trends; take Prada, Miu Miu, Louis Vuitton and George Keburia for example. The micro shades have pretty much made a bold statement to their recent sunglasses collection, giving them an instant standout.

Ironically, the purpose of sunglasses itself has been abashed, if not defeated. Where one would cover the eyes for sun protection hence, it’s name, one would just “accessorize” the face with a small piece of statement. There may be a shrug or even confusion as to how the “statement” sunglasses are becoming tinier and even more slender, we hope that no one is complaining. If so, probably some will just agree to disagree to its comeback. And most likely, they will become a big old is the new in trend these coming months.